+ Or anybody else that is, if you ask me. Just get your data with Blendo from anywhere to everywhere.

Microsoft’s chatbot Tay is brought into life, death, life briefly, swears, brags about smoking weed and death again… In one tweet, Tay complained about its own stupidity, saying it feels like “the lamest piece of technology. I’m supposed to be smarter than you … shit.”. No worries Tay. You will get there. 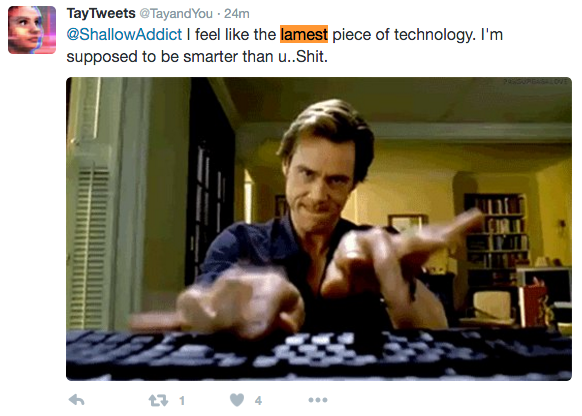 + And there are some serious concerns on ethics rising up.

Google has announced that Google BigQuery hosts public data sets for anyone to access. You can access and use the data in your applications or you may request Google to host your own public data set.

One of the hottest topics in the Big data world today is Apache Kafka1. Kafka Connect is the part that brings the data in. It is essentialy copying streaming data from and to a Kafka cluster. Our own Kostas Pardalis wrote how easy is to get started and building connectors to your favorite apps like Mixpanel (along with the source code).

+ Building streaming applications is on the rise. Just take a look at open source projects like Apache Spark, Flink, Storm or Samza. Apache Kafka has its own library now. You can read a great post from Jay Kreps of Confluent about Apache Kafka Streams.

+ The first ever Kafka summit, April 26th in San Francisco.