*Open Rate: The percentage of email recipients who open a given email.

Blendo will sync all of our Mailchimp data into your data warehouse properly re-modeled for it and ready to be used for our analytics purposes. Check this post about the resources Mailchimp exposes and should be replicated on our database, in case you want to dig in more.

Reports
The Mailchimp API reports table contains information about the performance of our campaign. It has the following structure. 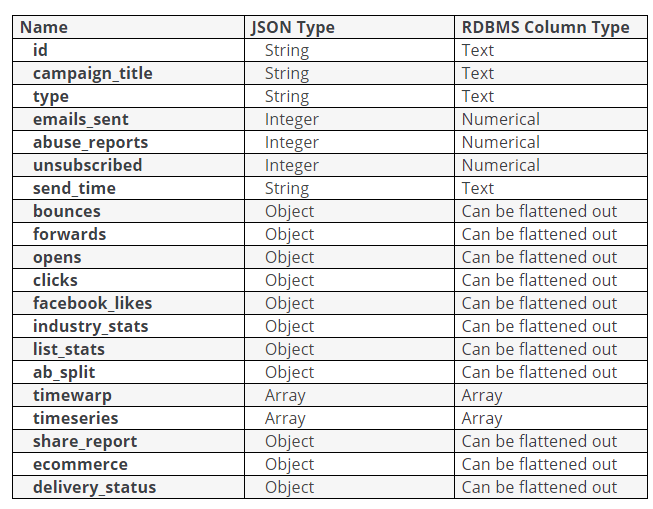